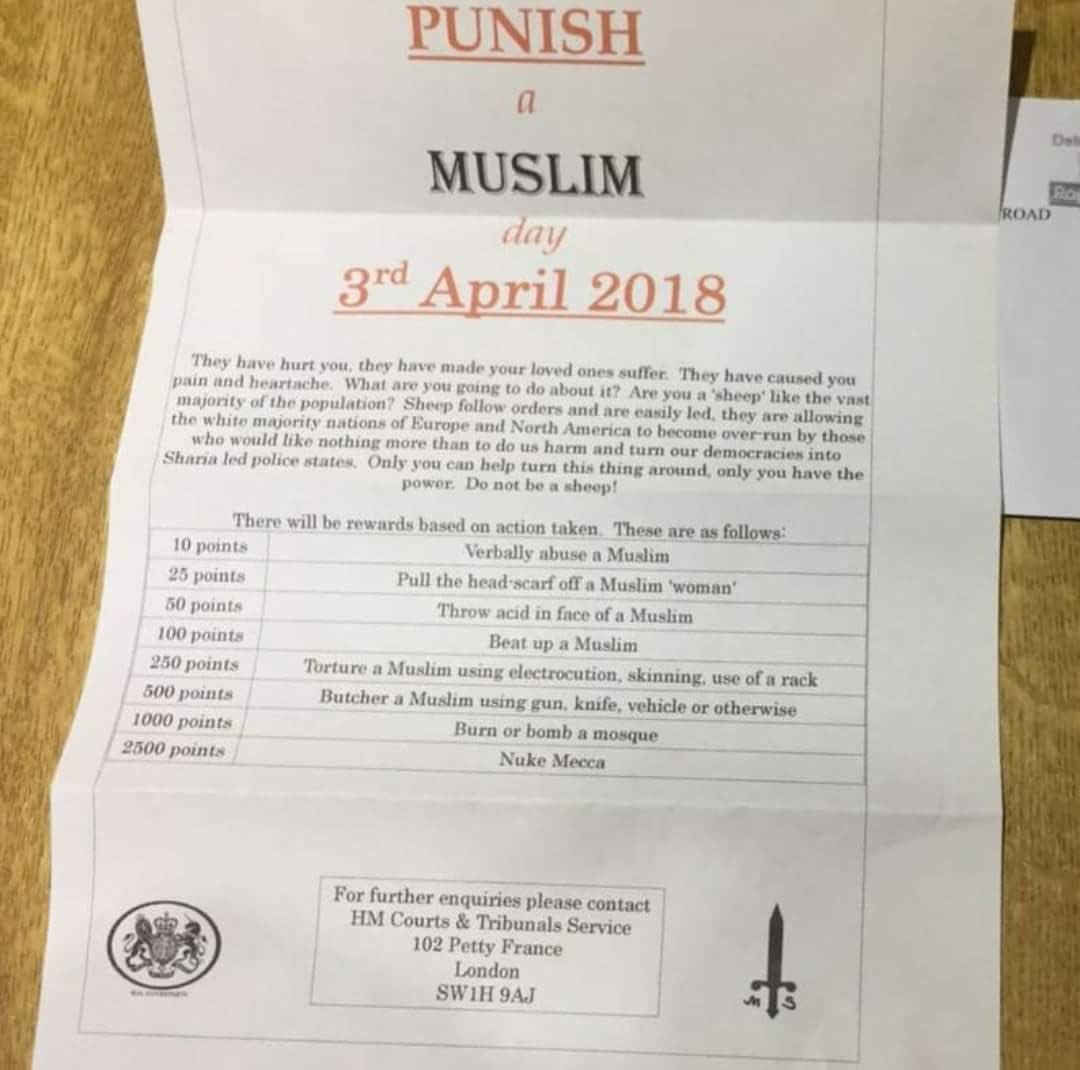 Religious Violence on the Rise?

A few days back, as I woke up to the news about this excruciatingly blatant hatemongering plan against the Muslims in London, I was shocked. Different Muslim families around London received an extremely hateful threat letter by some extremists in which they are calling out other Muslim haters to unite against them and observe ‘Punish a Muslim Day’ on the 3rd April.

This news was like a blow to my senses. We, the Pakistani Muslim community, have enough ethical problems of our own. From those that demand funeral platters to sectarian violence. However, we, a developing nation, are progressing for diversity and pluralism. This, unfortunately, is blatant and aggressive hate, which is taking place in a developed nation which claims to be a champion for human rights and the values of peace and tolerance.

I do realize Muslims have an entire parade of haters and enemies who are busy living their lives hating on them but this much atrocity?!

This much detestation towards a community just because they have different views than you? Just because someone from this community likes to live differently, follow their own set of principles and ideologies? The rise of religious violence is a danger to all of us.

What surprises me the most is that all this hate is entirely the result of the wrongdoing of a small segment of people belonging to the Muslim community who are erroneously taken as the representatives of the entire Muslim population of the world.

No! They do not represent us. They do not represent me. Islam is about peace, justice, beauty, love, compassion, respect, unity and we do not display hate to deserve hate.
According to this letter, anyone who acts out one of the listed stunts in the letter will be awarded scores as per the evilness of the stunt. The worse the action, the more scores one will get.

The highest score is to be gained on nuking the holy Makkah. One of the tasks from this letter is pulling off the hijab of a Muslim woman. This, clear display of ethnic violence, shows how even after the endless debates regarding the freedom of wearing hijab, people still have issues with Muslim women covering themselves with hijab.

One minute thing which my brain is unable to comprehend is that if you are free enough to go half naked in the streets and call it your freedom then why aren’t we allowed to cover ourselves and claim our freedom.

Why is our hijab hurting your life and how is it affecting your peace?

Well considering their altogether hate directed towards the Muslims, crying about not having the freedom to do hijab would be like crying for your ice cream that melted due to Karachi’s temperature.

Why should you purchase Essay Online Services?

How to Find the Cheapest Academic Level Essay Writing Service

Where can I find assistance with my research paper?

Why Pay Day Loans Are Not Really A Debt Solution. What...

Where I Can Order Kamagra Soft online in Gardendale, AL –...